13 Things To Do in Idaho This Summer

Home to stunning mountains, award-winning eateries, and countless outdoor adventures, Idaho is a destination for travelers all around the country. In recent years, however, seasonal tourists have turned into full-time residents -- particularly those from California, Washington, and Oregon. With the wildfire season getting longer every year, taxes rising and the housing market booming, thousands of Californians have left the Golden State. Many are leaving for the Gem State -- AKA Idaho. If you too are considering a move from California to Idaho, follow below for thirteen things to do in Idaho this summer. From family-friendly hikes in Camel’s Back Park to starlit skies in the Sun Valley Wilderness, Idaho has so much to offer.

Why People are Moving to Idaho from California

In a recent article for Business Insider, Katie Warren writes that over the last few years, millennials have “ditched large coastal cities in favor of more affordable places, like Boise, Idaho.” In 2019, Boise was actually ranked first on Livability’s list of “Best Places to Live” in the United States. Warren notes that Californians are especially drawn to the nearby state. According to US Census data from 2018, of nearly “80,000 people who moved to Idaho in 2018, about 26% were from California.” During the COVID-19 pandemic, the ratio of Californians has exploded -- as has the overall number of new Idaho residents. Katie Warren notes that since last March, “the state of Idaho has seen the largest net gain in population than any other state,” with nearly double the number moving into Idaho than leaving.

Reasons to Move to Idaho

The majority of Californians relocating to Idaho do so for three reasons: affordability, lifestyle, and opportunity. Housing costs are lower, wages are often higher and residents have comparable access to career opportunities. In his February 2021 article for The New York Times, Conor Dougherty writes that “Idaho is one of America’s greatest economic success stories.” According to Dougherty, “the state has low unemployment and high-income growth.”

Despite lower tax rates than those of California, Idaho has also “expanded education spending while managing to shore up budget reserves.” Not only are California residents moving to Idaho, but so are businesses. Warren writes for Business Insider that “Boise has a burgeoning tech scene, with some Silicon Valley tech companies...opening offices there to escape skyrocketing costs in the Bay Area.” Idaho also offers a more laid-back culture with its dozens of hiking trails, local eateries, and focus on family.

A short drive north of Boise, the Roseberry Summer Music Festival is an annual celebration of local talent. According to the Festival’s website, the event began in the 1970s when a group of musicians moved to McCall, Idaho. This talented group was “drawn to the area because of its sheer natural beauty and, at that time, cheap rent.” The event was originally called the McCall Folk Festival but has since been renamed. Founded as a special cross between a music festival and a “family-type gathering,” the Roseberry Summer Music Festival still exudes “a special charm” for attendees. Catch the socially distanced festival from July 15th through the 18th and enjoy performances from the Yonder Mountain String Band, Mipso, and John Craigie.

Established in 1937, the Boise Art Museum absorbed many of the works collected by the Boise Art Association. Since then, the Museum has grown its collection of contemporary realist paintings, modern ceramics, and local art. According to the museum’s website, the Boise Art Museum currently boasts the largest public collection of James Charles Castle’s work. Those considering a visit to the BAM this summer should be sure to catch two major exhibitions. These include The World Stage: Contemporary Art from the Collections of Jordan D. Schnitzer and His Family Foundation and Io Palmer: Desired Interruptions. The former will be on view until 11 July and the latter will be on view until 4 July.

Exhibitions This Summer at BAM

As mentioned in the exhibition’s press release, The World Stage features “90 contemporary artworks by 37 American artists of diverse backgrounds.” This exhibition includes works by “some of the most influential American artists from the past 50 years.” Visitors can view works by Helen Frankenthaler, Jacob Lawrence, Joe Fedderson, “Hung Liu, Wendy Red Star, Robert Rauschenberg, Andy Warhol, and Kehinde Wiley.” In her series of installations for Io Palmer: Desired Interruptions, the artist “explores the arbitrary and abstract construct of borders that are connected to a general sense of personal and cultural boundaries.” Palmer is actually an associate professor at WSU in Washington State.

#4 Have a Glass of Moscato at HAT Ranch Winery

Another popular destination in Idaho -- for both locals and tourists -- is HAT Ranch Winery. The West Coast is home to volcanic wineries in Washington State and Napa wine country in California. As such, West Coasters might not know about Idaho’s vibrant culture of craft brews and delicious vintages. Founded by Texas couple Tim and Helen Harless, HAT is on our list because it won Idaho Press' “2019 Idaho Winery of the Year.”

The Harlesses take regional winemaking seriously, taking cues from practices in Washington and Oregon. In fact, HAT Ranch Winery’s assistant winemaker Will Wetmore is actually a graduate of Washington State University’s enology program. According to James Patrick Kelly of the Idaho Press, “the winery’s Sunnyslope spot is where you will find the vineyard and tasting room, which boasts a covered patio with an expansive view of wine country.” Patrick recommends visitors try their “award-winning Dry Moscato wine.”

Another incredible Idahoan winery West Coasters will love is Par Terre Winery. Located in Garden City -- a municipality practically surrounded by Boise but technically separate -- Par Terre was founded by Californians. In her June 2020 article “Boise Wineries and Tasting Rooms: An Idaho Wine Lover's Guide” for WeKnowBoise.com, Lisa Kohl featured Par Terre. Writing about the winery, Kohl notes that Par Terre is “one of the newest members of Idaho’s growing craft beverage industry.” The winery was established by co-owners Travis and Mallory Walker. Travis and Mallory Walker “fell in love with winemaking with their first attempt in their garage in northern California.”

Claire Hannam details the couple’s origins in her article “Is this the unpretentious and totally delicious new wine country?” for MarketWatch. Hannum writes that the Walkers “got their start as professional ballerinas before opening their business.” Today, the two are “raising their young kids around the winery while growing an award-winning business at the same time.” In addition to cultivating grapes, the Walkers also “host performances, as well as ballet and wine pairings with Ballet Idaho.”

#6 Stop for Cocktails and Apps at KIN

Next, stop for cocktails and appetizers at KIN. For cocktails, ours include the Cabo Lily -- a mix of mezcal, damiana, Lillet Blanc, and orange bitters -- as well as the Spring Catch -- which includes cachaça, fino sherry, strawberry-basil shrub, and simple syrup. To eat, their Scallop Korokke and Tempura Mushrooms are absolutely incredible. In their article “26 Essential Boise Restaurants” for eater.com, Scott Wink and Scott Ki recommend KIN for their outdoor dinners and craft cocktails.

Wink and Ki write that “the seasonal and locally sourced fare at Kin changes frequently.” In addition to their unique drinks, “chef Kris Komori and his team [serve] assorted skewers (Japanese turnips, black cod, and pork belly), trout tartare, and a smoky house-made hot dog.” Their event series PiKINic is perfect for summer evenings as it includes outdoor dining and “entertainment from local arts and music groups.”

#8 Hike Camel’s Back Park Trails with the Kids

West Coasters with kids should consider a hike through Camel’s Back Park while checking out the Boise area of Idaho. The park boasts a series of trails throughout the Hulls Gulch Reserve, which was set aside for preservation in the early 20th century. Notable trails include the Red Fox Trail #36, the Gold Finch #35, and the Owls Roost #37. According to RidgetoRivers.org’s resource “Camel’s Back and Hulls Gulch Reserve,” these trails are “perfect for small children” and “provide a great opportunity for bird watching.”

Visitors might catch a glimpse of “various kinds of birds, fox, and deer” as well as a number of “native and exotic trees.” In his article “10 Adventurous Things to Do in Boise, Idaho” for the REI Co-Op Journal, Winston Ross recommends Camel’s Back Park. He notes that the reserve “serves as an urban gateway to the wilderness.” Though the park’s “most well-known route up the plateau is Table Rock Trail #15,” children might struggle with the three-mile hike.

For another outdoor adventure -- this time steeped in stunning local architecture -- visitors can walk along Perrine Bridge. In her article “Self Guided Tour of the Perrine Bridge - One of the Seven Wonders of Idaho” for VisitSouthernIdaho.com Sarah Rohrbach explains why the bridge is worth a visit. Rohrbach writes that Perrine Bridge is a “truss arch four-lane bridge that connects Jerome and Twin Falls county.” This bridge towers nearly five hundred feet above Snake River.

Visitors can walk or drive along the 1,500-foot long bridge, but there is also a hiking path just below the bridge. For those seeking a bit of a thrill, Rohrbach notes that “the Perrine Bridge is one of the only legal bridges in the United States to BASE jump off of!” Catch the sunset here during the summer in Idaho for a truly memorable experience.

If you find yourself in Twin Falls, Idaho, head over to Elevation 486 for dinner. The restaurant has been lauded by critics and everyday eaters over the last several years. Writing for Culture Trip, A. J. Samuels includes Elevation 486 in a list of “The 10 Best Restaurants In Idaho, USA.” Samuels writes that the restaurant is “located on a particularly picturesque bend of the Snake River.” According to Samuels, the bistro is known for its “eclectic New American cuisine with global influences” and for its gorgeous setting. The restaurant’s terrace offers eaters “stunning panoramic views of Snake River Canyon, the Perrine Bridge, and the surrounding Magic Valley region.” Notable menu items include their Beer Battered Halibut Fish &amp; Chips -- which comes with a lemon-caper-dill remoulade -- and their Burrata Mozzarella &amp; Vine-Ripened Tomato.

#12 Bike the Route of the Hiawatha

It begins at St. Paul Pass Tunnel and “follows the crest of the Bitterroot Mountains near Lookout Pass Ski Area.” Most of this route is downhill, “with shuttle buses available to transport you and your bike back to the top.” Because the route is accessible by shuttle, the trail is considered family-friendly. As such, it can be “enjoyed by a wide variety of people from young children to super seniors.” The site notes that the Route of the Hiawatha boasts a spot in the Rail-to-Trail Conservancy’s Hall of Fame, “one of only 15 trails designated as such in the country.”

#13 Stargaze in the Sun Valley Wilderness

The final spot on our list of things to do in Idaho this summer is the Sun Valley Wilderness. If possible, visitors to the Sun Valley Wilderness -- located in the Sawtooth Mountain range -- should try to camp overnight. In his article “36 Hours in Boise (and Beyond)” for The New York Times, Kenneth R. Rosen explains why this spot is so special. Rosen writes that “Central Idaho is the only certified dark sky preserve in the country — designated in 2017, it is one of 12 worldwide.” To camp under the sparkling stars in the Sun Valley Wilderness, “set up your base camp in the town of Ketchum.” Literary buffs might consider the Tamarack Lodge in Ketchum, which Rosen writes was “the final resting place of Hemingway.” For a few more activities specifically in the Boise area, read our recent blog post “Things to Do in Boise, Idaho.”

Things To Do In Boise, Idaho 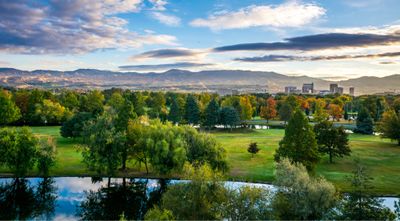 Things To Do In Boise, Idaho